I was packing for a family trip back to Houston. The commencement ceremony for my Master’s degree was the next morning and I had decided to participate. I was torn between feelings of both pride at my accomplishment and dread at wearing the regalia when I heard a faint cry from my son’s bathroom.

I dropped the gown and hood and ran into his bathroom to find him sitting on the toilet looking pale.

“No,” he replied breathily like a solider just off the front line, “I can’t get the poo poo to come out; I need you to cheer for me.”

What?? He wanted me to cheer for him… to poop??

I stood stunned for a second. I was upset that my son was in obvious physical distress, but I was also beginning to feel the creeping dread that every parent knows quite well: my child is going to ask me to do something weird and uncomfortable that I wouldn’t want my friends to know about…and because I’m a good parent, I’m gonna do it.

I stood there silently for a moment and then asked him in a weak voice, “cheer? For you to poo poo?”

“Yes,” he whispered, “you know, the potty cheer,” and he started to sing it.

The dread sharpened. I now knew exactly what he was asking of me… and it was not awesome.

Potty training didn’t come easy in our house. There was no “training” per se. Kai simply refused to use the toilet. Refused.

The whole “let children advance at their own rate” thing that Paul and I had practiced rapidly became, “oh my god what If we screwed up, why didn’t we teach him how to use a toilet, we are the worst parents ever and will be changing diapers on a grown man.”

Kai was always a bright and articulate child, the kid who flew past milestones months early: crawling at 5 months, walking at 9 months, and running away from us by his 1st birthday.  So, as a sort of cosmic balance, he refused to use the toilet at all until he was 3.5 years old. There was no “potty training.” He wouldn’t use the potty, and then one day he used it perfectly.

During those last few non-toilet weeks, Paul and I went a little crazy. We are not bathroom people, we don’t like potty humor, but having a kid who won’t use the toilet will break down the best of us. We became simply ecstatic about the bathroom, going on and on about how great it was to use the toilet, and how fun it would be to use the restroom in public. See? Crazy people.

One day, we were watching a cartoon called “The Mighty Bee” which has a super-fast intro song that repeats the words, “Bee, Bee, Bee, Bee.”  Later that day, when Paul had somehow convinced Kai to actually sit on the toilet, he started singing, “Kai’s gonna use the potty, he’s gonna Pee, Pee, Pee, Pee.” And that, it seems, made a huge impact on Kai. He didn’t use the potty that day, but apparently held onto that song, and labeled it, The Potty Cheer.

So, here he was months later, requesting me to sing The Potty Cheer to help him. I was confused.

“Baby, isn’t that song about pee?”

Right. Yes. Of Course. I need to sing about poo.

I sat down on the edge of the bathtub, ran my fingers through his hair, and gently sang to him, “Kai’s gonna use the potty, he’s gonna… poo, poo, poo, poo,” over and again until he felt better.

Nothing else mattered in that moment. I was about to have a Master’s degree conferred upon me the next day, I was being asked to submit applications for PhD programs, some of my work was being published… none of that mattered. Those things didn’t matter to Kai and they no longer mattered to me.

I was sitting on the edge of the bathtub singing to my little boy, cheering for him. He trusted me. He believed in me. He knew that I would help him feel better, that just the sound of my voice could fix his body. He knew it.

He didn’t think it or hope it, but he knew it –and that is powerful stuff – powerful, transformative stuff.

My son may have made me sing to him while he was on the toilet, but in return he makes me a better person. He makes me stronger, braver, more gentle, and yet, more fierce. When I am his mommy, I am not the awkward 30-something woman still trying to figure out adult life. I am not the scared and lost little girl I accuse myself of being all the time. I don’t need degrees or accolades to feel whole in his presence. He makes me whole through his trust and love… even when that trust equals bathroom singing.

I am his mommy, and I will sing at the top of my lungs in every bathroom in the world if he needs me to. I will sing songs about things that I would have sworn 5 years ago I would never sing about. I may feel silly or awkward later when I retell the story, but in that moment when he cries out, “Mommy, Mommy, I need you,” I will come running and I will cheer for him. 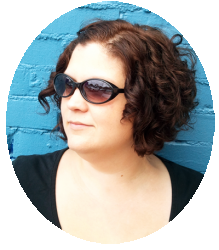