Remember that time I was attacked by peacocks at Mayfield Park and wrote an essay about it? Because I like to live on the edge, I returned to the scene of the crime and told a live version of the story, surrounded by the very same peacocks, for the Night of the Peacock Benefit organized by Max Langert and Cinnamon Path Productions. My husband recorded my performance (probably in case we needed evidence for a peacock-attack related insurance claim) and it's available to watch from the comfort of your peacock-free home. 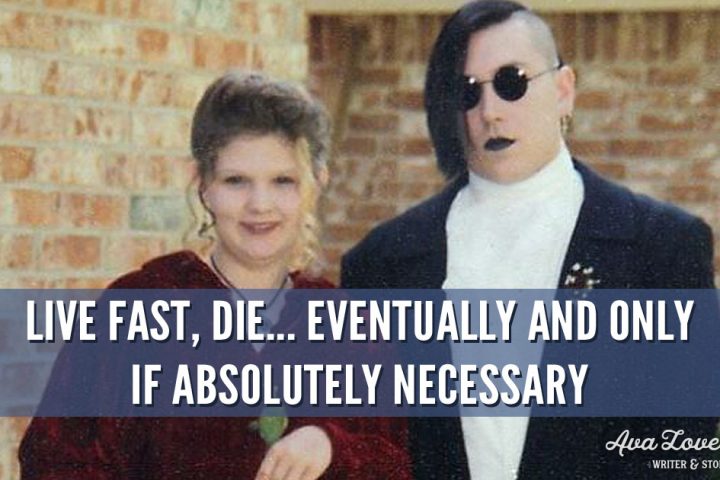 I grew up in Houston, Texas. If you've never been to Houston, I can describe it for you like this: just imagine any dystopian movie and then replace all the crazed brain-eating zombies with crazed brain-eating conservatives and there you go. To be fair, Houston’s come a long way lately, but when I was growing up there, it was the late 80's/early 90’s. And Houston in the 90’s certainly wasn't known for its picturesque parks, art scene, or lesbian mayor. Houston in the 90's was largely known for its suburbs and its malls, neither of which I felt particularly drawn to. I knew there had to be more to life than to grow up, live by a big mall, and then die.